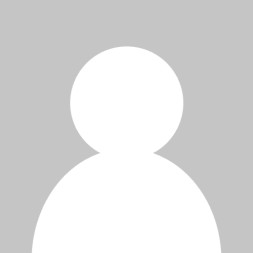 Federation of Muslim Organisations (FMO) welcomes the just and ethically conscious decision by Baroness Sayeeda Warsi to resign as Foreign Minister; calling the government’s policy on Gaza as ‘morally indefensible’.

We agree wholeheartedly with Baroness Warsi’s assertion that Britain’s ‘policy in relation to the Middle East Peace Process generally but more recently our approach and language during the current crisis in Gaza is morally indefensible, is not in Britain’s national interest and will have a long term detrimental impact on our reputation internationally and domestically.’

The ongoing human tragedy in Gaza has seen thousands of people dead and injured including an inordinate number of civilians, women and children. Throughout the crisis there has been widespread international condemnation of Israeli actions from a number of States as well as the UN. Israel has been quite rightly criticised for its disproportionate attack on Gaza which unfortunately shows no signs of abating.

Unfortunately and lamentably, despite the fact that our government has been in a position where it can positively exert pressure on Israel to cease its belligerence, this pressure has not been forthcoming with the silence deafening from our government and Prime Minister as they continue to not speak out in unequivocal terms about the suffering of the Palestinians.

As we have stated in our open letter to the Prime Minister we urge the Government, to exhaust all efforts, expend every diplomatic effort and provide both the country and the international community the moral leadership to demand an immediate ceasefire, an end to the siege, cessation of all forms of violence by all parties and a lasting solution for peace in the region.

This also includes the need for detailed, independent investigations to be launched into every violation of international human rights and humanitarian law based on the Rome statute as well as the removal of the blockade that restricts freedom for civilians and access to basic humanitarian resources so that immediate channels required for humanitarian aid and medical relief are opened.

At a most difficult time Baroness Warsi has shown herself to be truly a voice for the voiceless; standing up for the cause of justice and peace. We are extremely grateful to Baroness Warsi for taking such a courageous stand, against the best interests of her own career and for the interests of a Palestinian people mired in misery. We sincerely hope that Baroness Warsi serves as an inspiration for all those around the world who continue to support the cause of freedom for the Palestinian people and peace amongst all people in the region.