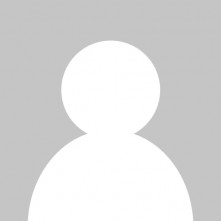 (Courtesy of The Independent)

‘Over one hundred Muslim leaders today make an unprecedented joint appeal to the kidnappers of Alan Henning to release the aid worker unharmed or commit the “worst condemnable sin” against Islam.

The joint statement to The Independent has been signed by dozens of Imams from across the UK as well as community leaders and other prominent Muslims. It has been passed on to Mr Henning’s family.

Among those signing the letter are representatives of all strands of Islam from Shia to Sunni to Salafi, Sufi, and Deobandi.

The Muslim Council of Britain an umbrella body with over 500 affiliated national, regional and local organisations including mosques, charities and schools is also a signatory.

We, the undersigned British Muslim Imams, organisations and individuals, wish to express our horror and revulsion at the senseless murder of David Haines and the threat to the life of our fellow British citizen, Alan Henning.

Mr Henning was a volunteer who travelled to Syria to help innocent civilians.

Acts of humanitarianism are an essential element of religious practice for all Muslims, and of course they are just as significant to other people too. Islamic teachings call for charity and selflessness. Most importantly, acts of beneficence do not, and cannot, exclude non-Muslims.

In Islam, concern for fellow humans and the duty to help everyone is a religious obligation. Anyone undertaking a humanitarian act is paving his or her way to receive help from heaven, should be commended and held in the highest esteem.

In contrast, the senseless kidnapping, murder and now the despicable threats to Mr Henning at the hands of so-called ‘Muslims’ cannot be justified anywhere in the Quran and the Sunnah (Prophetic traditions).

The un-Islamic fanatics are not acting as Muslims, but as the Prime Minister has said, they are acting as monsters. They are perpetrating the worst crimes against humanity. This is not Jihad – it is a war against all humanity.

The Holy Quran says that:

We plead with those holding Alan Henning to see the errors of their ways. To embrace the word of the Quran and accept that what they are now doing constitutes the worst condemnable sin.

We appeal to them to release Mr Henning immediately. The Quran states that “repentance is not accepted from those who continue to do evil deeds”.

In the name of the Almighty All Merciful God, we beseech Mr Henning’s kidnappers with the words of our Prophet Muhammad – “Show mercy to those on earth, the One in the Heavens will have mercy on you.

British Muslim communities have done a great deal to speak out over the evils of terrorism over many years. We will continue to do everything within our power to prevent any other young man or woman getting caught up in this poisonous ideology.

Raheed Salam, All Faiths and None, London, @raheedsalam