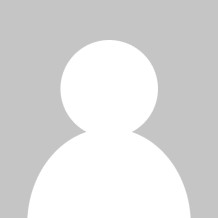 Sir Vincent has written an interesting article in The Independent on the need for UK recognition of Palestinian statehood and the impact of settlement activity on this notion. Article below courtesy of The Independent.

“If the UK recognises Palestine, so will others – Israeli settlements and a cycle of violence mean time is running out to resolve the issue” (Courtesy of The Independent)

“The recent Israeli government announcement that it is expropriating another 1,000 acres of West Bank land has only reinforced in the minds of many that the Israel-Palestine conflict is stuck in an impasse. Yet it is at such bleak times as these that leaders need to find new ways to move forward. That is why I believe the time is right for the United Kingdom to recognise the State of Palestine. While the turmoil in Syria and Iraq may overshadow the Palestine issue, it is wrong to neglect it.

Britain is uniquely placed to give a lead by recognising Palestine now, as we recognised Israel in 1950. Where we lead, Europe will follow. There is urgency. John Kerry said in April 2013 that we had two years at most to resolve the conflict. Today’s chronic cycle of violence and violent deterrence will not do that, but will recur if we do nothing. The combination of illegal Israeli settlements in occupied East Jerusalem and the West Bank and the closure of Gaza means that time is not on our side if the two neighbourly states we seek are to be realised.

Why the UK? We are party to the history of this conflict – originators of the Balfour Declaration and holders of the Mandate for Palestine between 1920 and 1948. Under the Mandate, we took on a “sacred trust of civilisation” to advance the welfare of the Palestinian people and guide them to independence. Today, we are major donors to the Palestinian Authority and to UNRWA, the UN Agency which strives to meet the needs of Palestinian refugees in the Occupied Palestinian Territories, Jordan, Lebanon and war torn Syria. For the third time in a decade, we will contribute to rebuilding Gaza. When we choose, we can make a difference in the EU and at the UN.

Now, when the two-state solution – the only viable solution – is at risk, we should affirm our commitment to what is right and just for both Israelis and Palestinians. Both deserve security. Both deserve statehood. A one-state outcome is no solution. It means further discrimination in an apartheid-style system, and more violence – but with no way out.

Bilateral recognition of Palestine is in the UK’s gift. The UK recognises states, not governments, so not any Palestinian political party. In 2011 Britain noted at the UN that “the Palestinian Authority has developed successfully the capacity to run a democratic and peaceful state, founded on the rule of law and living in peace and security with Israel … Palestine largely fulfils the legal and technical criteria for UN membership, including statehood, in as far as the Occupation allows”.

Recognising Palestine is a political step, which 134 out of 193 UN member states have taken. Britain waits for “a moment of our choosing and when it can best help bring about peace”. That moment is now. For this veto-bearing permanent member of the Security Council, a further abstention is abdicating responsibility. If we choose to act decisively, we change the dynamic in the EU and at the UN.

Undoubtedly such a declaration would serve as a reaffirmation of current UK policy, in that we already believe that the Palestinian people have the inalienable right to self-determination; that the Israeli people have the unquestionable right to live in peace and security, with all Arab/Muslim states recognising the State of Israel, as in Saudi Arabia’s 2002 Arab Peace Initiative; that the two states will determine borders based on 1967 lines, with agreed land swaps of equal size and value; that Gaza will be demilitarised, like the rest of Palestine, and linked with the West Bank; that Jerusalem will be the shared capital of both states, who will agree a just and fair solution to the refugee question; that US/Nato troops will guarantee the security of both states after the full, phased withdrawal of Israeli forces from Palestine; that the negotiations will be on a “no victor, no vanquished” basis to preserve parity of esteem of both parties.

America would do well to enshrine this policy in a unanimous UN Security Council Resolution. With the US midterm elections looming, will Washington reaffirm the international consensus? If not, it’s back to us.

What do we ask of the Palestinians? Adherence to President Abbas’s policy of non-violence and full security cooperation with Israel, across the territory of Palestine, plus early, free and fair elections. Of Israel, we ask respect for the Geneva Conventions she has signed, Human Rights and International Humanitarian Law.

Recognition will renew Palestinian belief that the path of non-violence, not the Hamas path, leads somewhere: to a state coming into being through diplomacy and democratic expression, not destruction. Israelis will see that we regard both peoples as equal in dignity and in rights. Recognition will help safeguard Israel from the folly of a one-state outcome, by validating the second state. Peace negotiations will be on a more equal basis.

Recognition is not sufficient to end the Occupation. Negotiations based on equity will end it, with respect for the International Law which the United Kingdom helped to create, and which we are bound to uphold.

Sir Vincent Fean served as British Consul-General in Jerusalem from 2010 to 2014.”