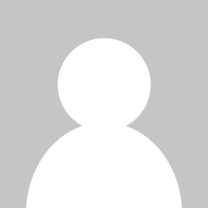 Member of Parliament for Leicester South

Jonathan Ashworth, Labour MP for Leicester South, conveys his best wishes to all those celebrating Eid-al-Adha this weekend. This festival of Eid is a time for Muslims to reflect upon the scriptural story of Ibrahim, the Prophet and apostle of God in Islam.

Many Muslims from Leicester will also be embarking on their first day of the pilgrimage today.

“I’d like to wish everyone Eid Mubarak. For those going on Hajj, I know just how important this week will be to them, and I hope they all have a safe and healthy journey.”

Hajj is a five-day long period in Islam, where Muslims travel to Saudi Arabia to perform the obligatory religious pilgrimage. The act of Hajj is one of the “Five Pillars” of Islam, and should be attempted by all able-bodied Muslims at least once in their lifetime if they can afford to do so.

Over the last year, constituents have contacted Jon about the difficulties in obtaining Hajj visas.

The visas are issued by the Saudi Arabian Embassy and distributed via travel agents across the country. However, the allocation process has made it impossible for some worshippers to be granted visas.

“I’ve lobbied the Saudi Arabian Embassy about this and have been in contact with them for over a year now. I’ve asked for an increase in the number of Hajj visas available to UK pilgrims, and also for tighter controls when distributing visas via travel agents.”