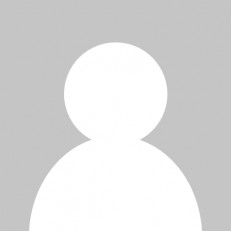 “A Chance to Lead an Ordinary Life by Jonathan Ashworth MP”

Courtesy of the New Statesman – http://www.newstatesman.com/2014/09/chance-lead-ordinary-life

“I stepped out of the car and was immediately hit by a thick stench that I naively assumed must have meant a nearby sewage pipe had burst. In the background was much commotion with men shouting, sirens blaring and the atmosphere raw. I learnt the foul smell in the air was from ‘skunk-water’ spray used just minutes earlier to disperse protesters in the streets around Makassed Hospital in East Jerusalem.

And so this was our introduction to this small charitable hospital near Jerusalem’s Mount of Olives. As we were to soon see, this is a hospital under immense pressure. As we walk up the drive through the hospital grounds, women stare at us with their new born babies. Meanwhile men sneak a moment’s respite on a cigarette presumably to take their minds off the amputation wounds too many of them are nursing.

We’re met by the team from UK charity Medical Aid for Palestinians (MAP)and senior clinicians and staff who explain that because of both the clashes in East Jerusalem and then the Gaza conflict the hospital is at over full capacity. So far they have treated 75 critically wounded civilians from the Gaza conflict including 25 children. They expect to treat many more. The youngest patient was a 3 month old baby brought in with burn wounds. This baby was found hanging in a tree. Both parents were killed.

The senior medical staff at the hospital described to us the situation they were now in. Throughout the conflict 6 Red Crescent ambulances ferried civilians in desperate need of medical attention from Gaza to Jerusalem – a journey that could take up to 2 hours.  Patients would be allowed one ‘companion’ who must remain on the hospital grounds at all times. Sometime companions may be allowed a special permit to stay in a nearby hotel but only if they do not leave the hotel or hospital. Anyone found leaving the grounds risk arrest by the Israeli authorities.

The cases from Gaza ranged from skull fractures, bone fractures to shrapnel damage to the stomach, intestines, heart and lungs. These wounds resulted both from air campaign and the consequent collapse of buildings. Many patients, especially children, suffered deep psychological impact from the conflict too. Clinicians told us a number of patients were now arriving with levels of resistant bacterial infection of such that only ‘last-resort’ antibiotics were effective. Patients at this hospital are treated free of charge and the desperate need for resources to replace the huge decline in stocks of medicines and equipment has become an added pressure for medical staff.

We were led down to a male ward where men lay on beds, nearly all amputees all with burns and shrapnel injuries. In the corner a 4 year old boy clung onto a battered teddy bear. He was from Gaza. He had lost an eye and a leg. In the same ward his father coalesced, he had also lost a leg. His mother was 20 miles away in a hospital in Hebron, she had lost both legs.  So far hospital attempts to reunite the family had been rebuffed. Leaving the ward I was overcome with emotion but determined to help them. Over the following days we made representations to the Israeli authorities and mother and child are now reunited though they have been returned to Gaza. To what kind of life exactly, who knows?

Life for Palestinians across the West Bank remains unyielding. At Khan Al Ahmar in the E1 area of the West Bank we meet a community living in the shadows of an illegal Israeli settlement. The Palestinian men and women who live here try their best to lead a normal life. They lacked the relevant permission to construct a school out of concrete so decided to build one out of 2,500 recycled tyres. Sadly it’s now been slapped with a demolition order by the authorities. This Palestinian community recently erected swings for their children to play on. But without the relevant permit and considered a ‘construction’ because the frame is wedged 10 cm into the ground, the Israeli authorities confiscated the swings in the full view of horrified children. As we leave the family ask we don’t forget them. Sadly since returning to the UK we have learnt that the authorities have now demolished three homes in Khan Al Ahmar.

In the Jordan Valley we meet farmers who tell of restricted access to electricity and water and increasing attacks on their olive trees. But we also meet success stories such as the Palestinian herb business which exports across Europe and the Taybeh brewery – the only microbrewery in the Middle East – who produce a popular beer and are now branching out into wine. Despite the stubbornness of the authorities here were two successful businesses demonstrating the economic potential of what a peaceful viable Palestinian state with its natural resources can achieve. (Regarding such stubbornness, for example, we learnt how their vans loaded with stock and with green West Bank number plates drive to the barrier separating Israel from the occupied West Bank. There this cargo is transferred – after security checks naturally – to the vans with Israeli yellow number plates because vehicles with green number plates can’t cross into Israel though vehicles with yellow number plates can cross freely between Israel and the West Bank. The cargo is then driven to Ben Gurion airport for export across Europe.)

Throughout my visit we meet officials from Israel, from the Palestinians, from the UN and from aid agencies. We discussed prospects for peace and for a lasting settlement where both Israelis live in security and Palestinian statehood is no longer denied. Some were gloomy about future negotiations, some thought there was a way through. One thing is clear, the people living across the West Bank want to lead ordinary lives. They want to provide the best for their children, to farm their land, to run their business, in some cases they simply want to walk down the streets like they used to but today are disallowed access.  It shouldn’t really be too much to ask. It’s why I’ll keep my promise and not forget that family in Khan Al Amar and it’s why I refuse to give up hope that we will one day achieve comprehensive peace based on a two state solution.”

“Jon Ashworth is the Labour MP for Leicester South. He was part of a Caabu and Labour Friends of Palestine and the Middle East (LFPME) delegation visiting the West Bank including Jerusalem from 28-31 August.”