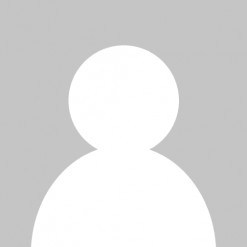 The Federation of Muslim Organisations (FMO) abhors and condemns in the strongest possible terms, the video showing the brutal beheading of journalist James Foley by the IS Group. This is a shocking and despicable act of callous murder that has no place in our World as evidenced by the universal condemnation the video has received from around the World.

As we have stated previously, the Federation of Muslim Organisations condemns and opposes indisputably, the inhumane actions of the IS (‘Islamic State’) Group (formerly known as ISIS). We strongly urge individuals to refrain from viewing or sharing the video as individuals can be prosecuted by the Police for viewing and sharing the video. We also wish to reiterate what we have said previously in that we oppose the decision taken by individuals to join the IS Group. For those wishing to make a difference we urge positive action such as charitable donations to reputable charities as well as promoting messages of peace. We continue to urge individuals who are thinking of travelling to join the IS Group to refrain from doing so.

We must honour the memory of James Foley by remembering that he put himself at harm’s risk in order to bring the world’s attention to the unbearable suffering being endured by innocent civilians from all faith backgrounds in the wider Middle East. It is important for us to continue James Foley’s legacy by striving to bring peace to the region.

In this most difficult time our thoughts are with the friends and family of James Foley who are going through the most unimaginable heartache. Our thoughts also go out to the innocent victims of the turmoil in the wider Middle East and as such we urge governments of the World to unite in order to bring peace to the region.