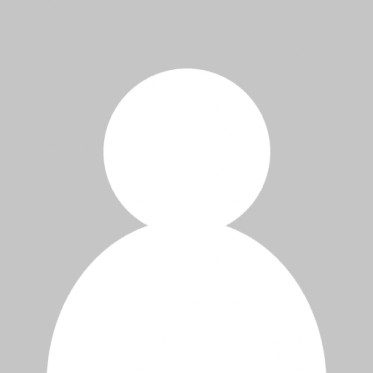 “In recent days we have seen repeated rocket fire from Gaza into Southern Israel and the continuation of Israeli air strikes and raids in Gaza. There have been appalling and inexcusable acts of violence. With over 150 confirmed dead, this is clearly a critical point in the region’s history and is bringing unimaginable suffering to innocent people. My thoughts are with the families of those who have lost loved ones and it is imperative that those responsible are now held to account.

“The scale of human suffering in the region is immense and cannot be tolerated. The continuous, disproportionate and indiscriminate bombardments by Israeli airplanes is causing huge suffering.   But, the firing of rockets into Israel by Gaza-based militants also needs to stop. I share concerns this new wave of air strikes could escalate into a situation similar to the first days of Operation Caste Lead, in which 1,350 Palestinians were killed in 22 days.

“The people of Gaza have the right to live in peace and safety, just as Israelis have the right not to live in constant fear for their safety and that of their families. Almost all the casualties so far have been Palestinian civilians, a fifth of whom were children. Religion and nationality aside, all lives are equal – the life of a Palestinian child is worth no less than the life of an Israeli child. The rapidly growing death toll on both sides risks fuelling yet more extremism and conflict, and this will no doubt only lead to further suffering in the region.

“This violence must end, and the provisions of the November 2012 ceasefire respected. Israel needs to recognise that its long term security depends on a willingness to take part in peaceful and substantive negotiations and, in turn, Palestinians must reject the use of violence and negotiate in good faith if we are to restore hope of a viable Palestinian state alongside a secure Israel.

“I have already written to William Hague, Secretary of State for Foreign Affairs (below), asking that he use all influence possible on behalf of the UK to achieve an immediate halt to the violence, an end to the ongoing siege of Gaza, and ensure that human rights and international law are upheld. I have also written to the Secretary of State for International Development (also below), to request that all efforts be made to ensure a free flow of vital life-saving aid, medical supplies and other equipment to Gaza via humanitarian aid organisations.

“With every tragic escalation such as this, the prospects of a lasting peace can seem ever further away. Ultimately, this historic conflict can only be settled through a negotiated two-state solution involving a fair settlement on Jerusalem, the rights of refugees and land swaps to respect the pre-1967 borders. One key source of tension is the hundreds of thousands of new settlers who now live in the West Bank and East Jerusalem. The building of settlements in these areas is opposed by most countries – including the UK – and is widely felt to be in breach of the Geneva Convention (Article 49) and a number of UN Security Council Resolutions.  The Labour Party believe that settlement building by Israel is illegal and a key barrier to advancing peace negotiations. We have repeatedly called for Israel to immediately end settlement expansion, and fully support a negotiated two-state solution that establishes a viable Palestinian state alongside a secure Israel with both sides enjoying the respect and recognition of their neighbours and the wider international community.

“Both sides, regional players and the international community – including the UK Government – share a profound moral duty to do everything possible to end this loss of life and help create the conditions to give the children of Israelis and Palestinians alike a future filled with hope, not conflict. Every effort must be made through the United Nations, the Quartet, the Arab League and the wider international community to act to decisively reverse the unfolding dynamic of events. Time is now short to avert further bloodshed.”